Roger Looker (OA 1963-70), died on 18 August 2014. At Dulwich he captained the Colts and played three seasons for the 1st XV, before going on to play for Harlequins and England U23. He was also a great swimmer. In 1963 at the age of 11, Roger's life was transformed by a direct grant that enabled him to attend Dulwich College. Roger seized this opportunity and went on to enjoy a distinguished career at school and then in business and rugby. He credited Dulwich for many of his personal and professional successes and remained an avid believer in the transformational power of education and sport throughout his life.

The Roger Looker Award at Dulwich College dates back to an original gift from Roger in 1991 that has supported boys entering the Upper School at 16. Since then 11 boys have benefitted from Roger’s Award.

Working together, the Looker family and the College wish to expand the Award into a full bursary that will allow a boy whose family would not otherwise be able to afford the school fees to attend Dulwich. This will mirror the opportunity Roger, and so many others, received through the 'Dulwich Experiment’.

If you would like further information and to support the Roger Looker Fund, please see Ways to Donate. 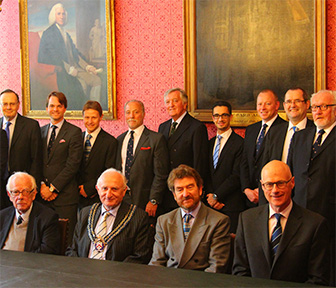