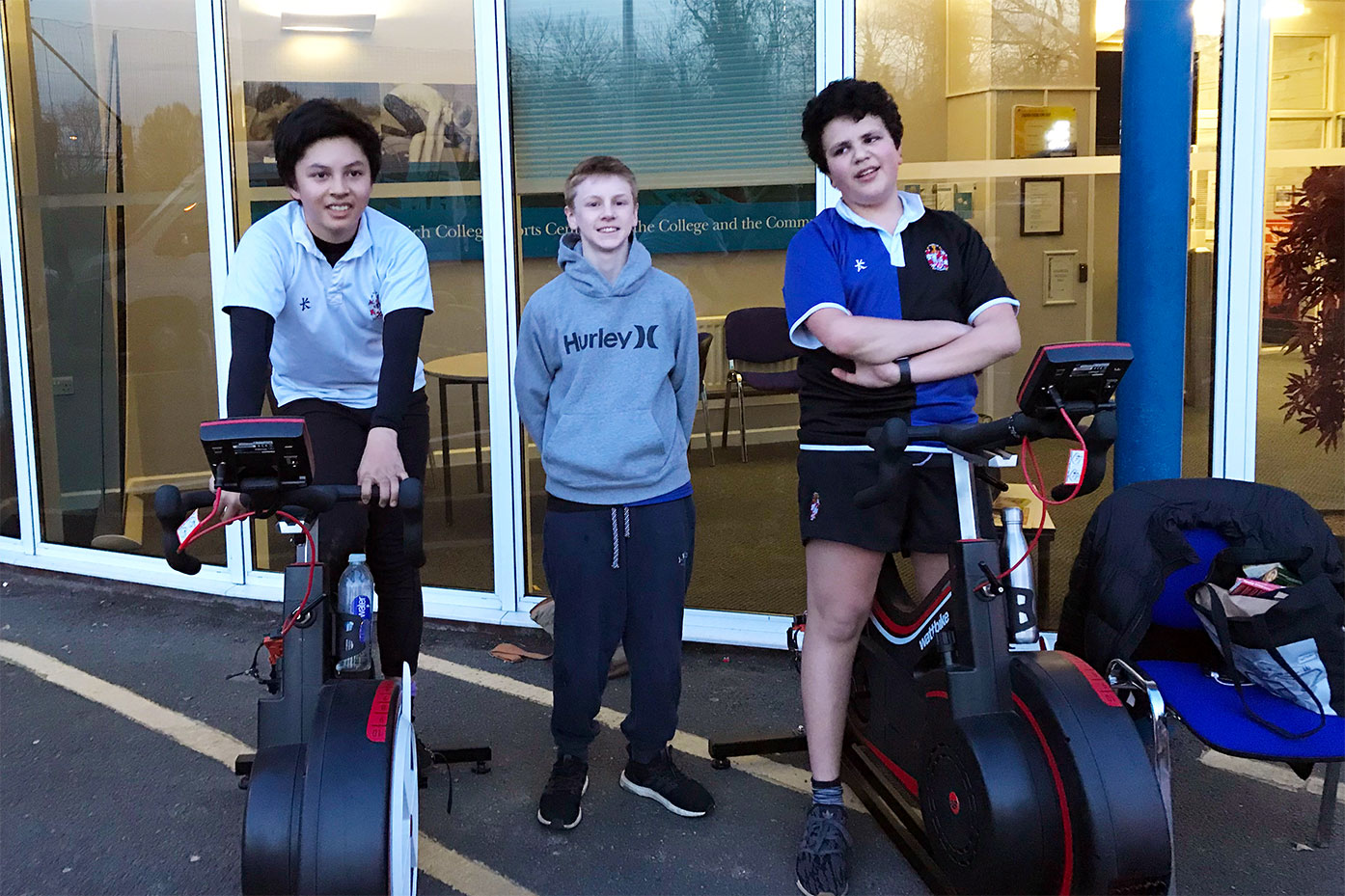 The Dulwich College Wings of Hope team, enDuranCe, have successfully reached the semi-finals following their spectacular efforts to raise over £2400 for the educational charity last term. The Year 9 team of Emin Huseynbayov, Max Meyohas, Jai Singh Yao and Dan Pinkney cycled as a team for 12 hours non stop on fixed bikes outside the DC Sports Centre on Saturday 23 March. They covered an impressive distance of 307 km which the boys calculated is the equivalent of cycling to Ghent. During the day they also raised nearly £150 running a cycle sprint competition to passing students and parents. The boys will take part in the WOHAA semi-finals, taking place in the House of Lords, on 9 May. 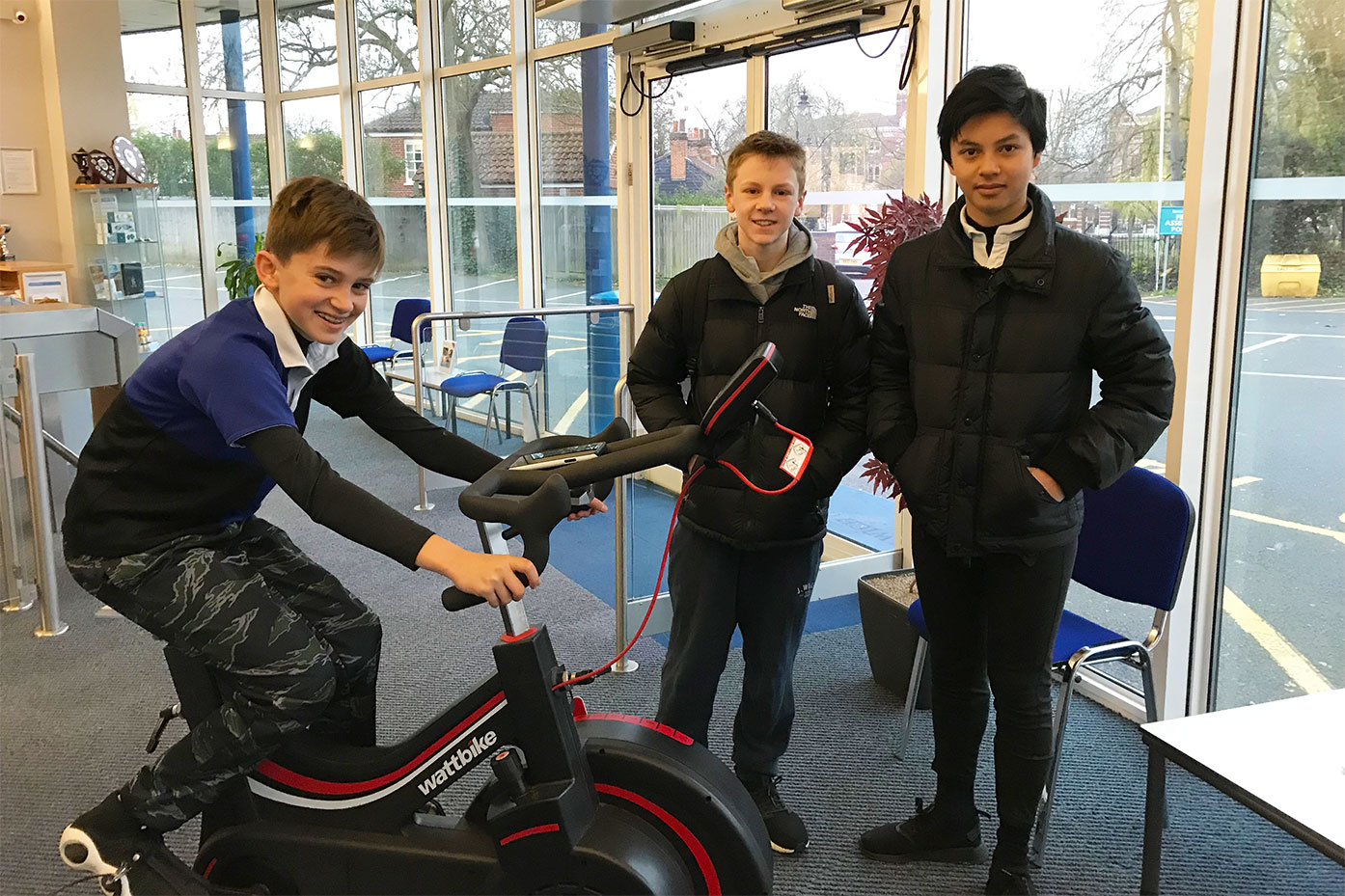