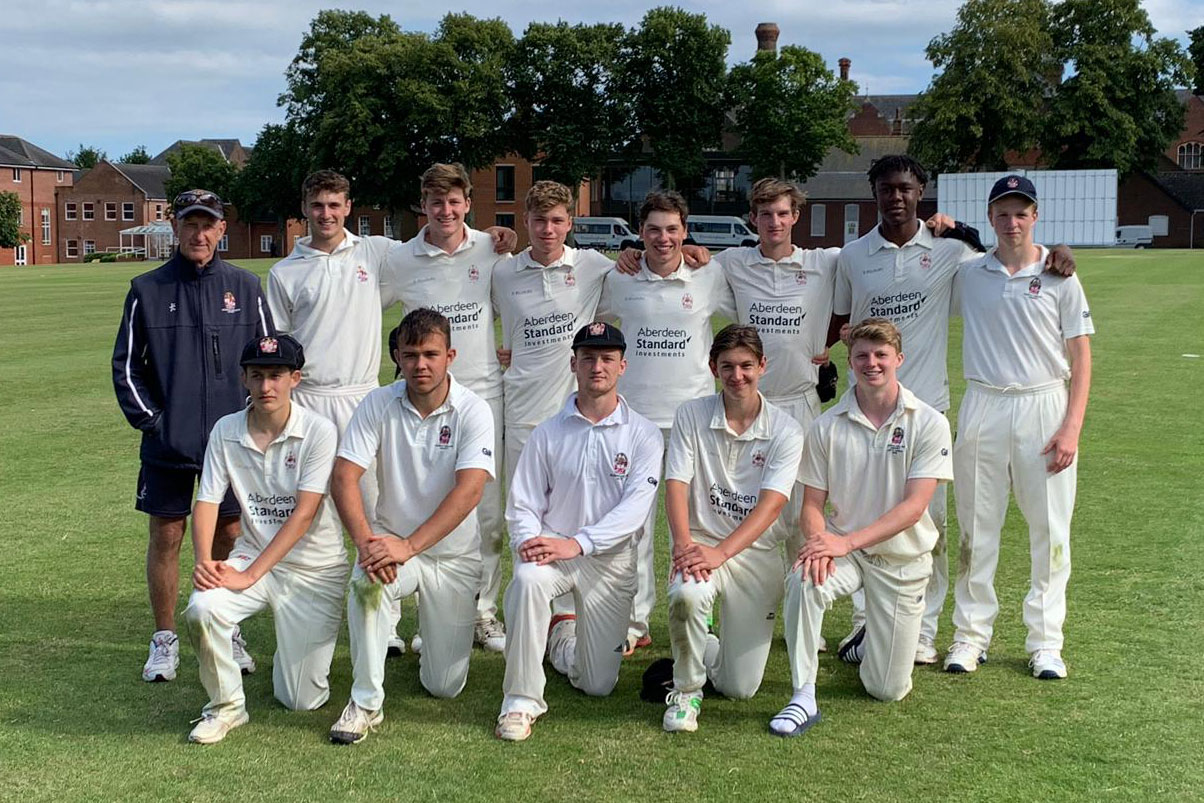 400 year celebrations, a Founder's Day concert like no other, and a summer full of cricket; what more could a boy ask for. The summer of 2019 will be remembered for many years to come and not least because we bid a fond farewell to CWJ Athey. Bill, as he will always be affectionately known, served the College for 19 wonderful years as a cricket professional in principle, but was someone who gave so much more. Bill was an outstanding sports coach across all sports, a brilliant PE teacher, a fine boarding house tutor but, above all, an honest man and a dear friend. It was therefore fitting that the 1st XI won their final game of the season, and Bill’s final game in charge of the 1st XI. The boys did Bill proud this summer with some wonderful performances producing some fine wins against the likes of St Paul’s, Trinity, RGS Guildford, a wonderful draw against Whitgift and some fantastic moments of individual brilliance.

Outside of the 1st XI there was much to celebrate with Rhys Saunders (U15’s) emerging as a high quality batsmen scoring over 500 runs at an average of over 50; the U12’s winning the London Schools Cup and ensuring that as U13’s they will be part of the Bunbury Cup; the U14’s playing a wonderful final against UCS but sadly losing with 2 balls left; the U15’s winning the London Schools U15’s T20 and the Junior School cricket thriving with the introduction of exciting new formats designed to keep boys engaged and active for longer. Many boys have made county selections or been part of the wonderful London School programme. It was fantastic to see Jacob Emler and Robbie Keaton playing a year up for the U15’s against the renowned Mubai Cricket Club. Joe Fetherston continues to be involved in the Surrey County age group programme.

Overall we have seen more boys out playing cricket on the fields of Dulwich than in previous years which has been testament to the hard work of the boys and the staff involved. We have fielded 56 different cricket teams this summer including the Staff XI, winning just over half of the games we have played in. Cricket is a game of numbers and many will be delving into the scores sheets, the averages and the runs columns. However, this summer cricket at Dulwich has demonstrated the characteristics of perhaps our most famous OA, Shackleton. There has been a renewed steel and confidence to continue to grow and develop rather than wither, accept defeat and fall away. This was highlighted by Henry Loynes refusal to be beaten against Whitgfit and Jake Reisser-Weston’s gritty, gutsy and determined 80 for the 2nd XI against Trinity.

Cricket is often seen as an individual game played within the team. It is different to other games and a sense of camaraderie and team spirit is often more difficult develop. A call to arms such as we see on a Rugby or Football pitch, or a cox screaming for one last effort as the eight push towards the final length, just isn’t cricket. Cricket requires something more. A more carefully constructed sense of team exists. To that end, the cricket term at Dulwich would not be possible without the team behind it. My sincere thanks go to the boys for putting so much energy into improving with a true dedication to practice and the parents who have supported; the catering team and the grounds team - their work is often unseen and unrewarded, but both take immense pride in the product they produce; to all the staff who have taken teams, the umpires who have stood, and to our wonderful PE department member who most of you don’t know exist; Mrs Groves, she is exceptional; to Mr Middleton for helping see Bill through his final journey and all of his work behind the scenes, and finally, to Bill. The future for cricket at Dulwich is in exciting hands as Mr Coughtrie takes the reigns. Mr Coughtrie came to the College as an economics teacher in September 2018 from Malvern College. He is an ex professional cricketer having kept wicket for both Durham and Gloucestershire. His credentials for the role speak for themselves and he brings with him a wealth of experience and expertise. We very much looking forward to seeing cricket develop during his reign. Good luck.