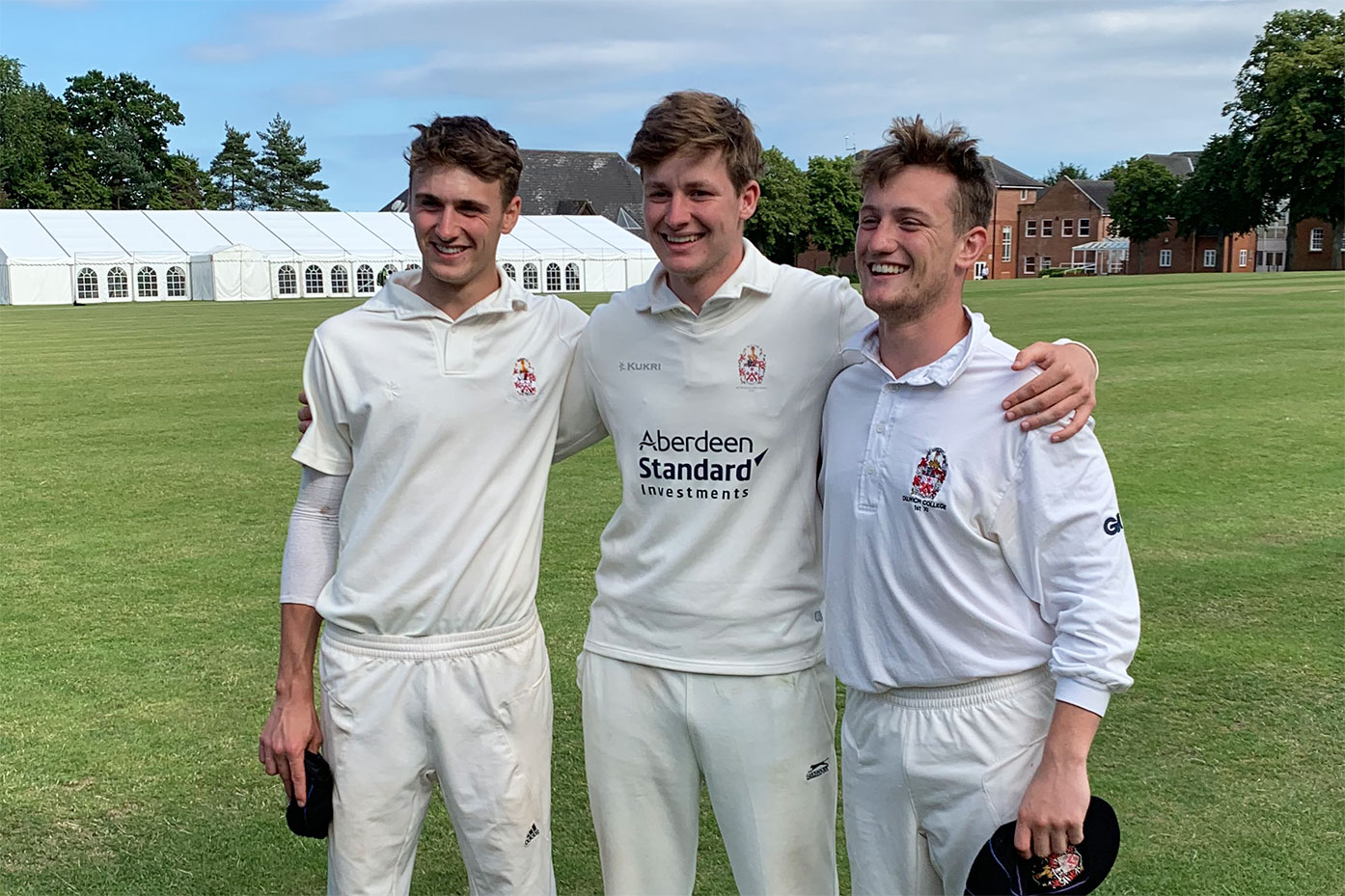 The 1st XI Cricket team enjoyed a fine end to their season, winning two out of three games at the Framlingham Cricket Festival.

DC faced a stern challenge on Day 1, facing Eastbourne College on a tricky wicket at Easton CC. Having won the toss and batted, the College quickly found themselves in trouble before Enzo Croy and Henry Loynes saw the side past the century mark with 18 and 22 runs respectively. Even on the two-paced track, however, the Dulwich total of 123 was far from enough, as Eastbourne cruised to the target in 22.3 overs for the loss of three wickets.

The team enjoyed a far more successful Day 2 versus Taunton – again at Easton CC. Batting first once more, the boys this time made much better use of their overs, scoring 235 from 47.2 of their allotted 50. The innings was highlighted by fifties for Jamie Crowfoot (71) and Year 10 student Rhys Saunders (66), while Croy again chipped in with a useful 30.

With much more of a total to defend, the DC bowlers attacked from outset, quickly reducing the opposition to 44-6. Taunton would scratch their way to 112 eventually before Henry Loynes mopped up the tail (4-41), as DC won by 123 runs.

Day 3 saw Dulwich play their first game at The Back on campus at Framlingham. Having won the toss for a third day straight, DC again batted first, and started strong. Having lost an early wicket, Fraser Cox (46) and Jamie Crowfoot (56) proceeded to put on a sharp 75 for the second wicket, followed by a 58-run partnership for the third, as Wilson (40) joined the fray. Framlingham would tighten things up as the innings went on, but Dulwich would still finish on 260 from their allotted 45 overs, boosted by Oli Creasey’s handy 33* late on.

The Framlingham innings followed much of the same pattern. After the loss of an early wicket, the second wicket wouldn’t come for another 111 runs, as the home side built steadily throughout the first 30 overs. The mounting run rate, however, lured the opposition into some extremely risky shot-selection and running, which Dulwich fully capitalised on. From 118-2, Framlingham collapsed to 208 all out in the space of 13 overs, making DC winners by 52 runs.

The win put a bow on a good season, during which the team won 10 out of their 18 games. It was also an excellent send-off for the three seniors – captain Lucas Wilson, Jamie Crowfoot, and Henry Loynes (pictured). A huge thank you and fond farewell must also go to the retiring Bill Athey, whose fine innings as the DC Cricket Pro came to an end at the close of the tournament.Thank you, Mr Athey, for the near two decades of service to the College – we wish you all the best.