At the heart of Mathematical study is the development of the faculties of logic, reasoning and independent thinking. In the Mathematics Department we aim to help all boys to progress within the curriculum but, equally, we work to develop the confident thinking that is the natural outcome of mathematical studies. At the same time we hope to foster an appreciation of the intrinsic elegance of mathematical ideas along with a recognition of their central role in many disciplines. We therefore emphasise the importance of numeracy along with the ability to model real-life problems in a mathematical context.

Boys in Year 7 start by recapping basic numeracy before beginning to build the core topics of algebra, geometry and statistics. This is built upon in Year 9, along with the introduction of trigonometry and set theory.

Around half of the boys in Year 9 follow an accelerated course, making a start on IGCSE work, with around three classes then taking IGCSE alongside Additional Mathematics in Year 11 with the rest focussing on IGCSE alone at the end of Year 11. The aim is for boys to always feel that they are doing mathematics for its own sake and hopefully enjoyment, however, and not just for an examination. In the Upper School boys can chose from A level Mathematics with mechanics or statistics, AS Further Mathematics (one and a half A levels) or full Further Mathematics. Provision is made for the top students to study topics well beyond the syllabus, with extra lessons and outside speakers, including former students of the College, giving talks and masterclasses.

Students regularly choose to participate in the various national mathematics competitions on offer over the year, including the Junior, Intermediate or Senior Mathematics Challenge with the best students going on to the follow on rounds, the Olympiads. Boys also enter national team challenges, plus the London wide ‘Hans Woyda’ mathematics competition involving a team of boy from across the year groups. Boys also produce a yearly mathematics magazine, DC Mathematica, containing articles by students and staff.

The College Senior Maths team came 4th (out of 38) in the Senior UKMT Maths Team Challenge.

Dec 2017
Artem Baryshnikov was awarded a distinction in the recent British Mathematical Olympiad Round 2, the third round of the Senior Challenges, placing him in the top 30 or so students nationally.

Senior Mathematics Challenge (around 150 boys) followed by several boys through to the British Mathematical Olympiad.

Several boys received mentions in the quarterly national Mathematical Gazette for their entries to the student problems. 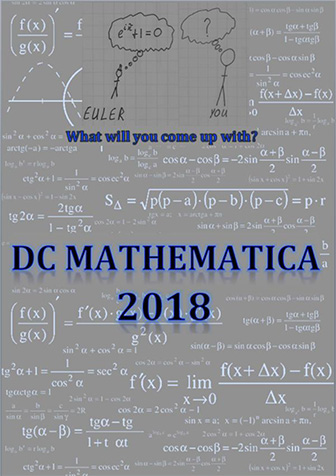