Pupils from Year 3 to 13 compete in supersized House Music 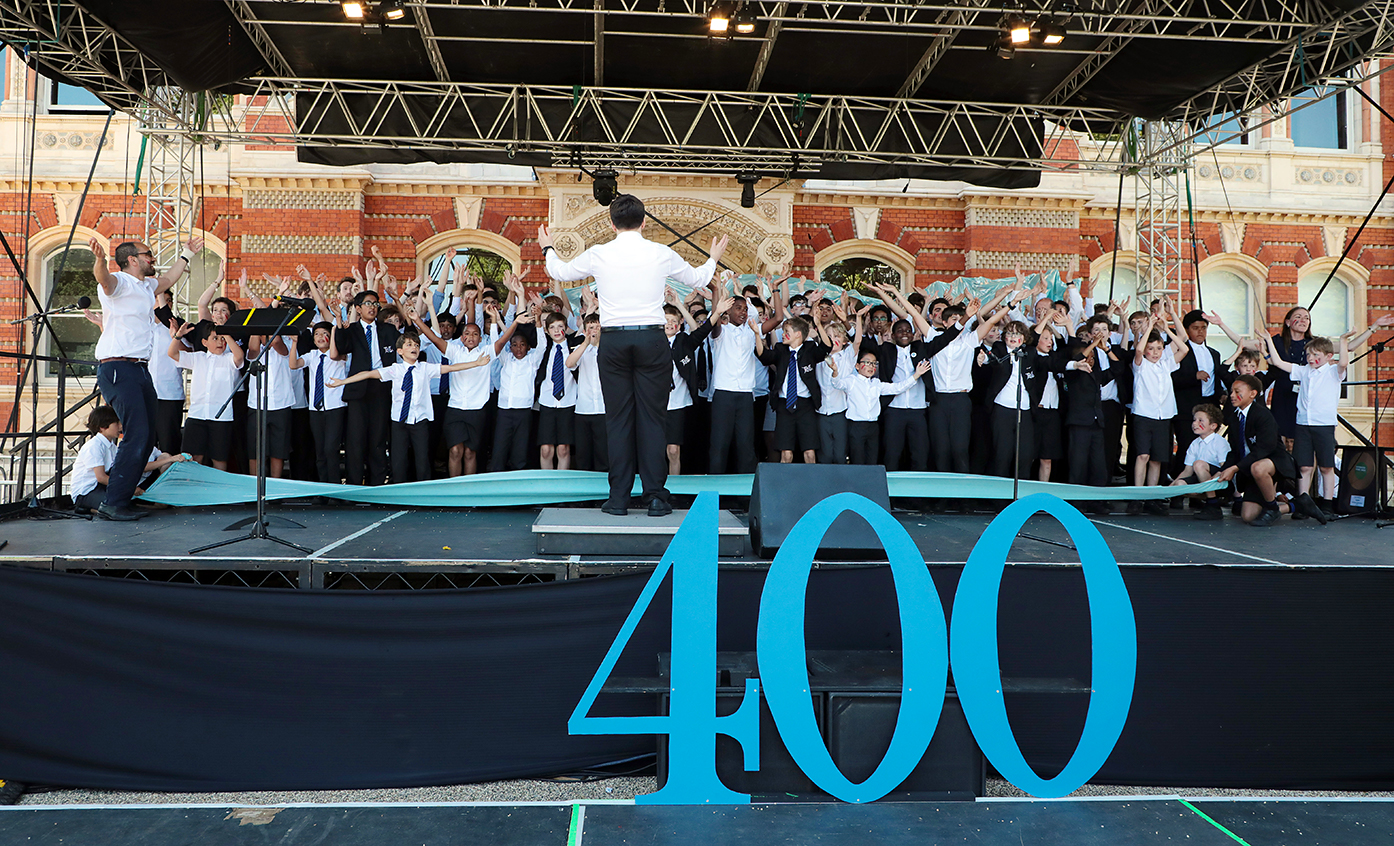 On Thursday 27 June 2019, as part of Founder's Week celebrations, the College held the Super Sized House Singing Competition. Boys and Staff of all eight houses went to their designated rehearsal spaces to learn and memorise their song in preparation for a competition in the afternoon. The ‘House Choirs’ were led and conducted by selected pupils:

The competition took place on the main stage in front of the War Memorial. Boys watched on bathed in sunshine and cooled by ice cream. The adjudication was given by professional singer Rodney Earl Clarke, OA and he had the challenging task of picking the winner. In the end the flamboyant and strongly presented performance of Sidney singing Hold Back the River were given 1st place. It was an amazing spectacle to see the whole school, Pupils and Staff unified in the joy of singing.