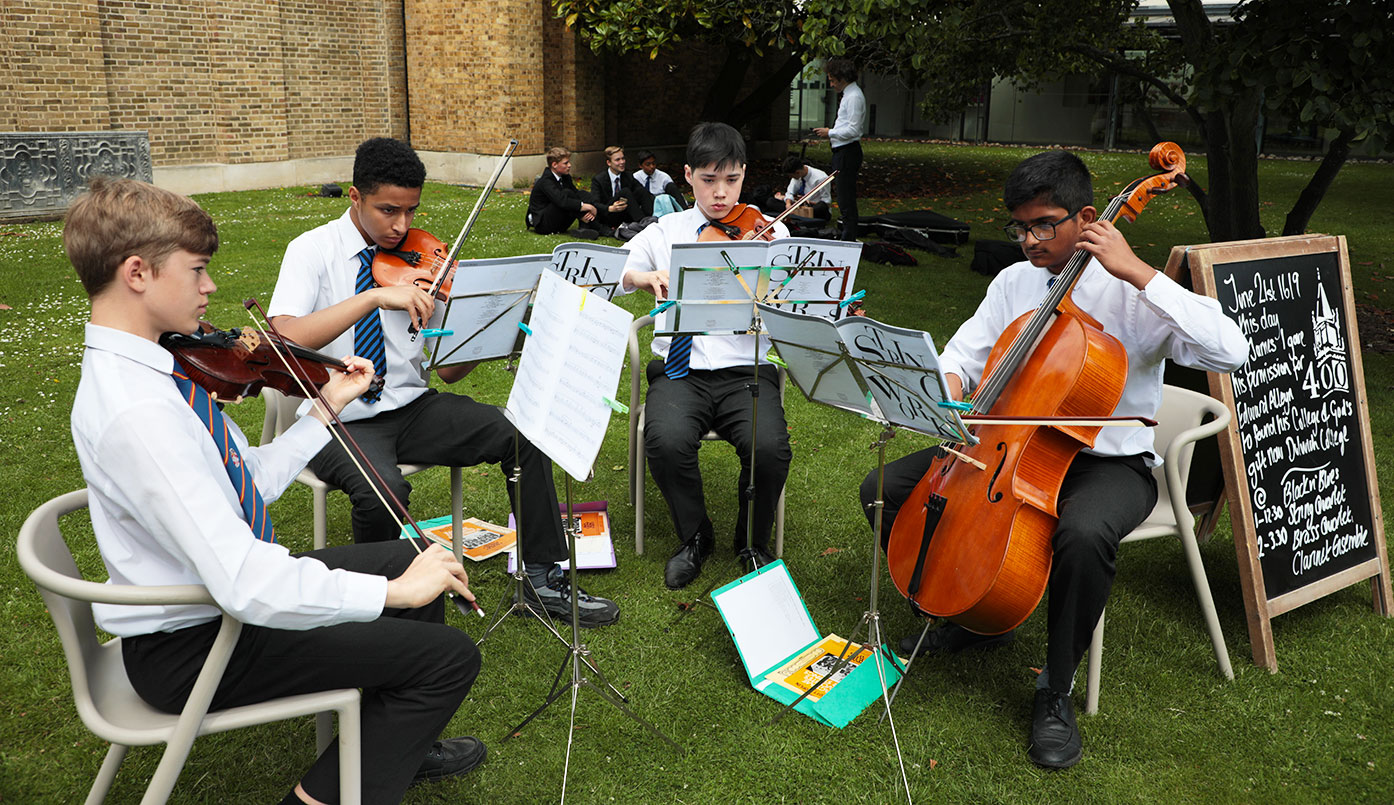 On Friday 21 June almost 1,400 Dulwich College pupils and 200 staff were off-timetable in order to engage in community-focused projects and charity-fundraising events. These included: a sponsored football tournament for Year 7s; a sponsored endurance challenge for Year 8s; a sponsored walk in aid of Save the Children for Year 9s; and over a dozen external volunteering projects for Years 10 and 12. 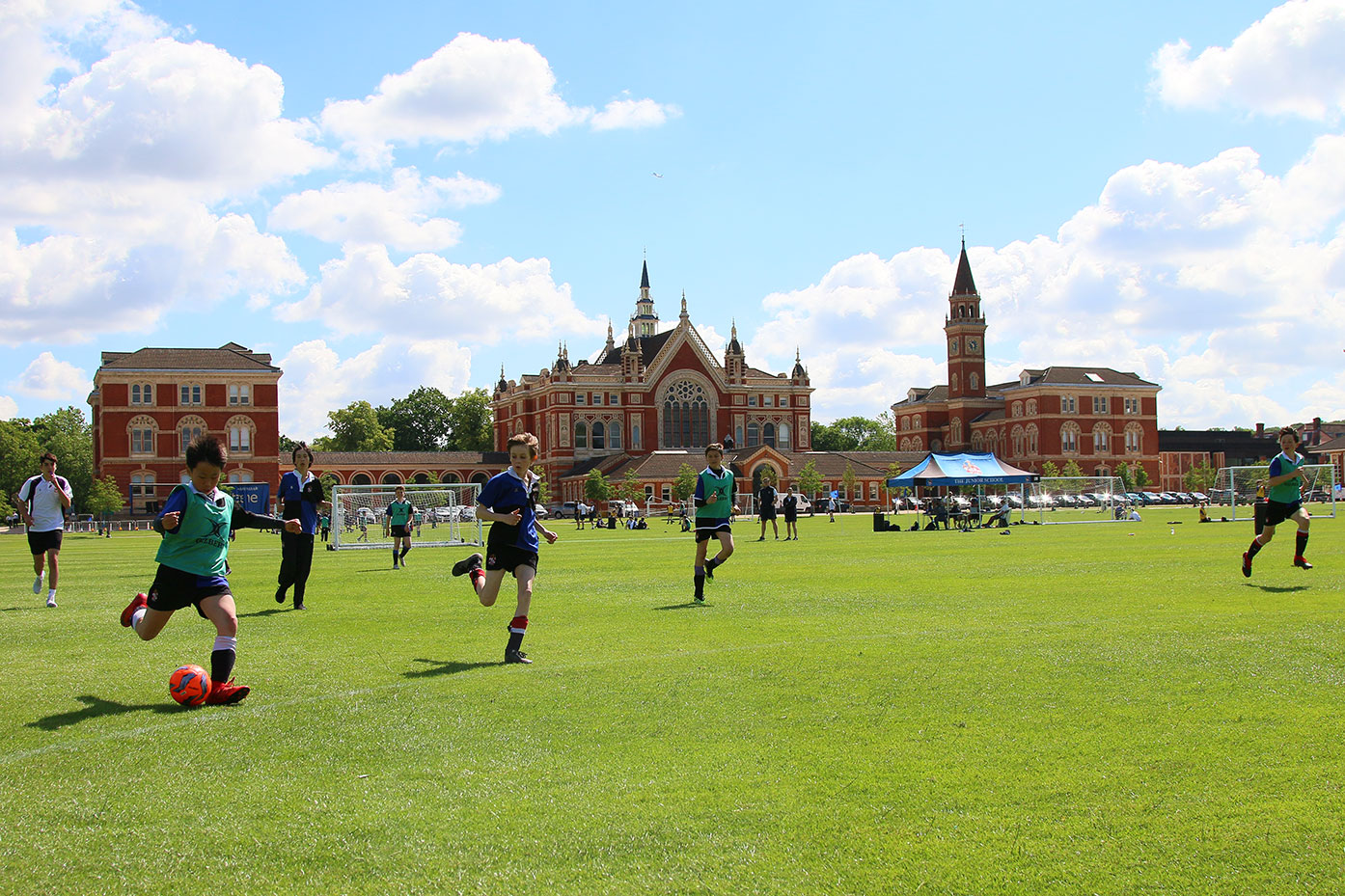 In the Year 7 Football, Brazil, perhaps unsurprisingly, emerged victorious after an exhausting round of 80 closely contested games. The boys in Year 8 also showed huge enthusiasm for their charity initiative, rowing, swimming and running thousands of miles for their Shackleton Endurance Challenge. 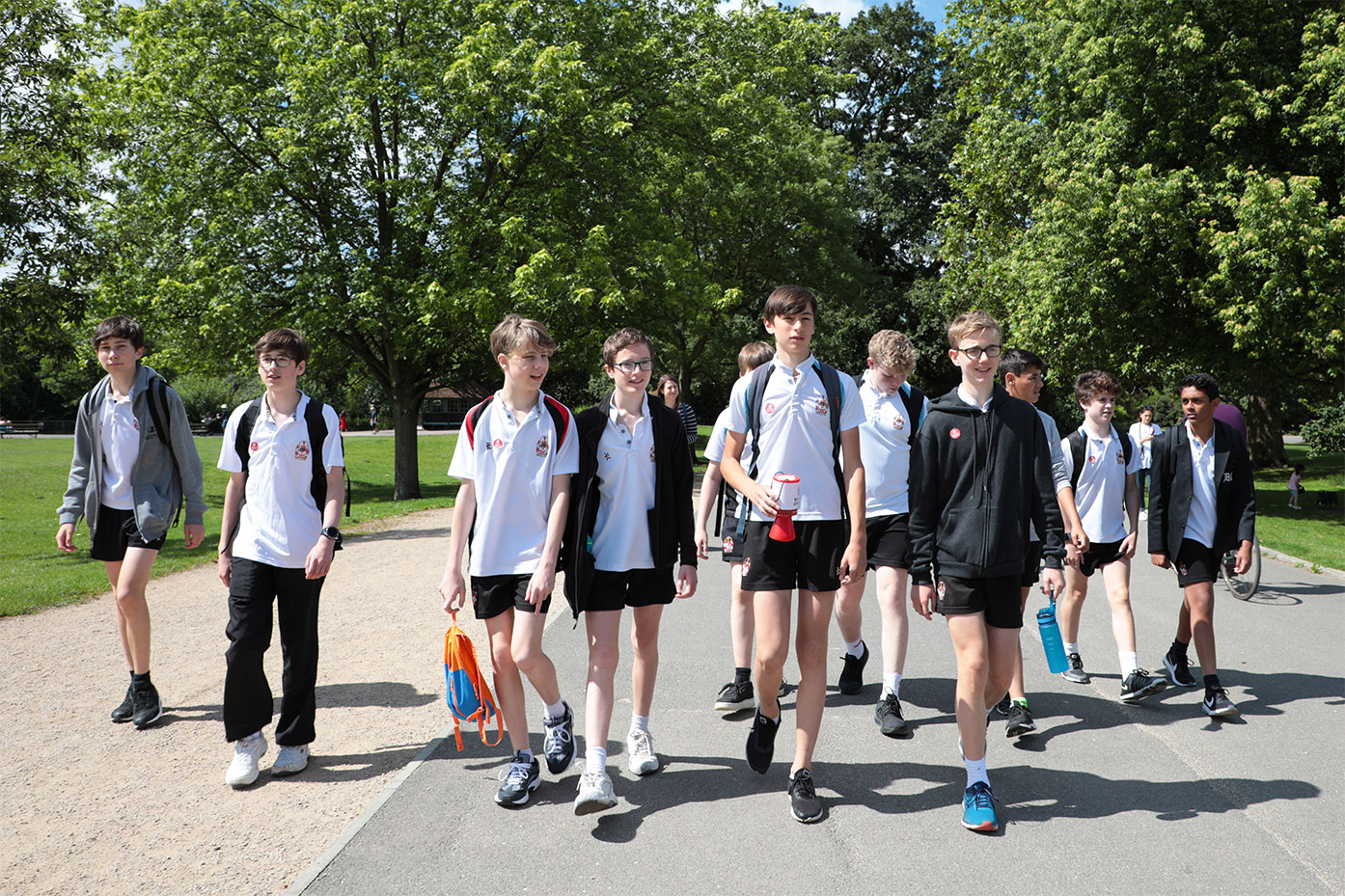 While final totals are still to be finalised for the Lower School, Year 9 can announce that they raised a total of £2,927.64 for Save the Children through their sponsored walks, the eight-mile routes spelling out “DULWICH COLLEGE 400th!” on a map. Particularly noteworthy were 9T, who raised £467 overall, 9L, who collected £110 from the public during the walk itself and 9N, who filled several dustbin bags of rubbish en route.

Meanwhile, over 400 older pupils, in Years 10 and 12, were involved in a dozen long-standing volunteering projects, working with local primary schools, King’s College Hospital, West Norwood Cemetery, care homes and City Heights E-ACT Academy, our educational partnership school. There was also a team of rowers picking up litter on the Thames, at Chiswick Eyot; a variety of music bands playing outside the Dulwich Picture Gallery; and a group of over 70 boys gardening in Dulwich Park. 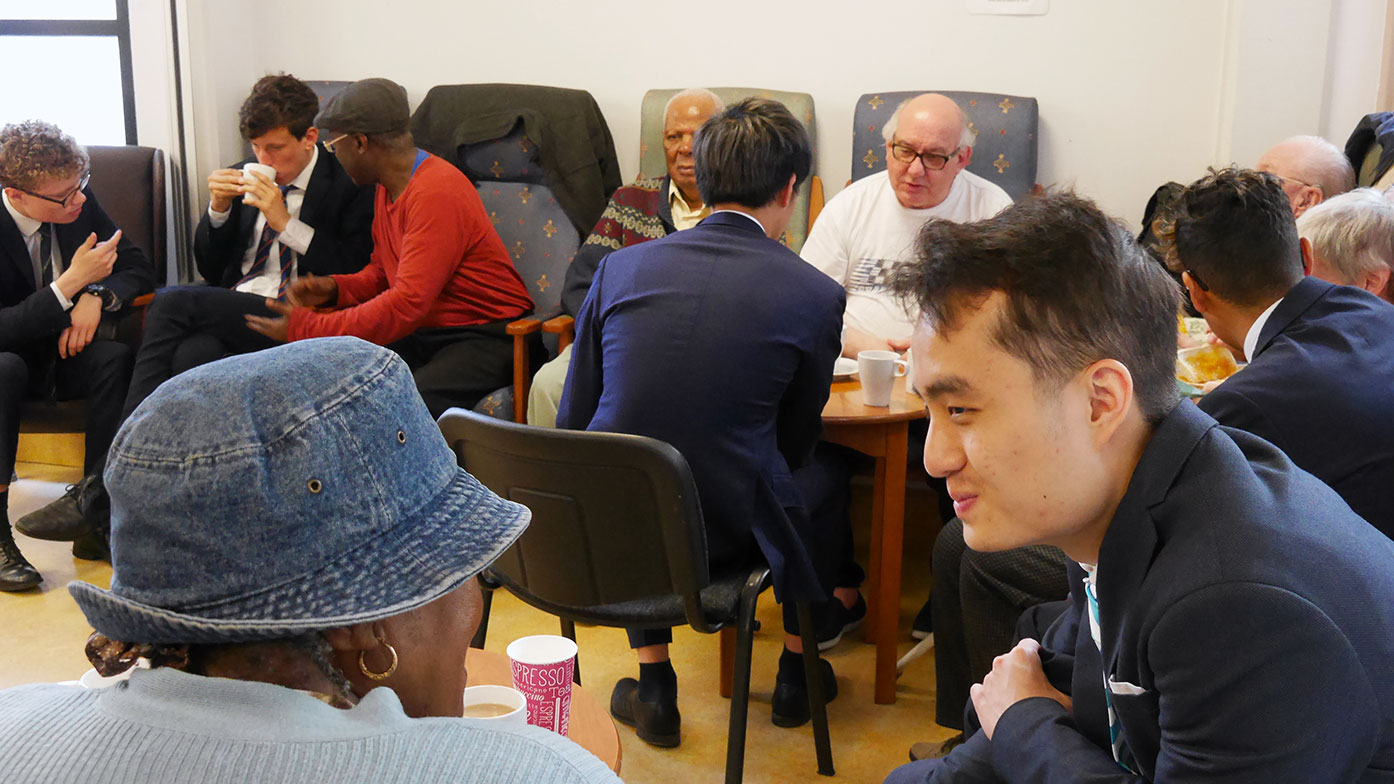 Special mention should go to the 52 Foodbank volunteers, who collected almost 1.5 tonnes of supplies for the Brixton and West Norwood Foodbank, weighing, dating and sorting it in record time.