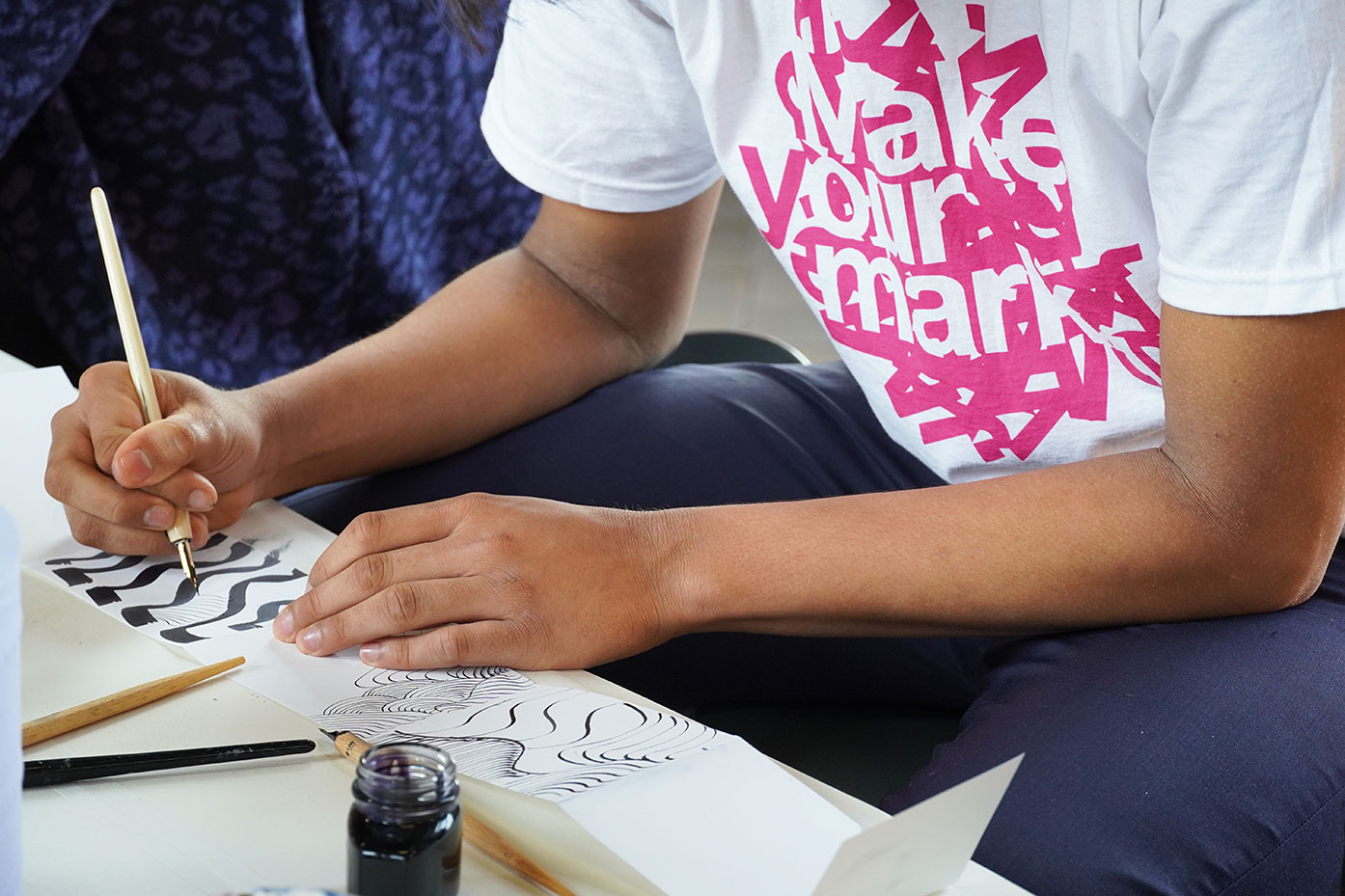 “ The encounter with art – and with others over art – can help us identify with one another, expand our notions of  we, and show us that individual engagement in the world has actual consequences.”

Make your mark, making a mark, making it. In the weeks running up to and throughout the Olympiad and DC Creative festival of ‘making’ there was no doubt the Art and DT faculty were out to make a point. Anchoring workshops and events under the umbrella focus of marking a moment in time. Paying homage to our creative ancestors and growing international commonwealth of schools whilst nodding at the politically fractious – Brexit looming – retracting and stabbing in the dark. 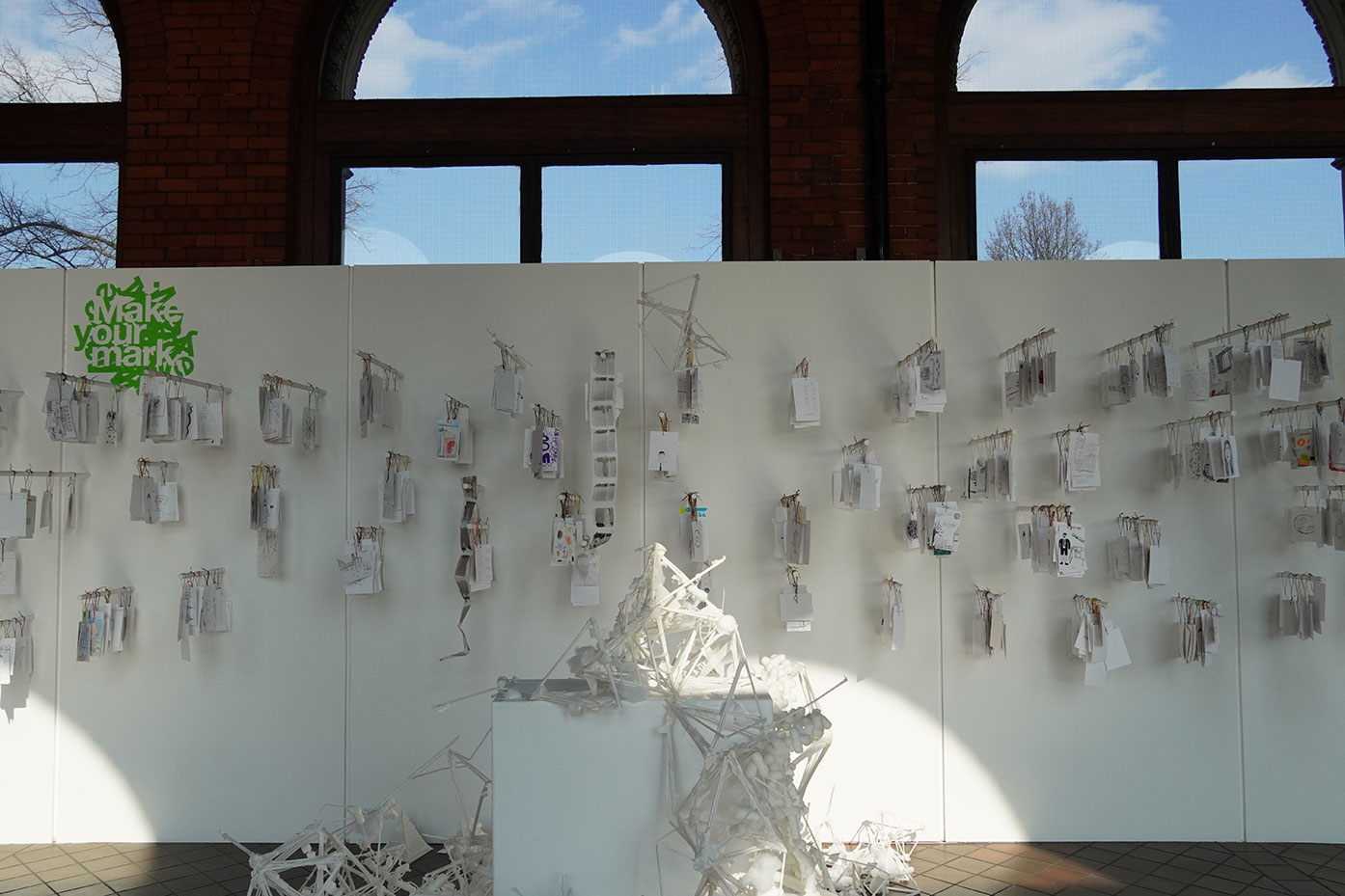 Central to the exhibitions and workshops was ‘slowing down’, taking time to engage and re-engage with materials. Rather than a denial or turning our backs on the digital zeitgeist there was a marrying of tradition and innovation. Working with a plethora of artists, experts in their field, pupils learned new skills and developed existing ones to a higher standard. This included puppetry, silver smithing, painting with oils, ceramics, life drawing, sculpting, pewter casting, mixed media and classical drawing as well as learning how to program a drawing bug. 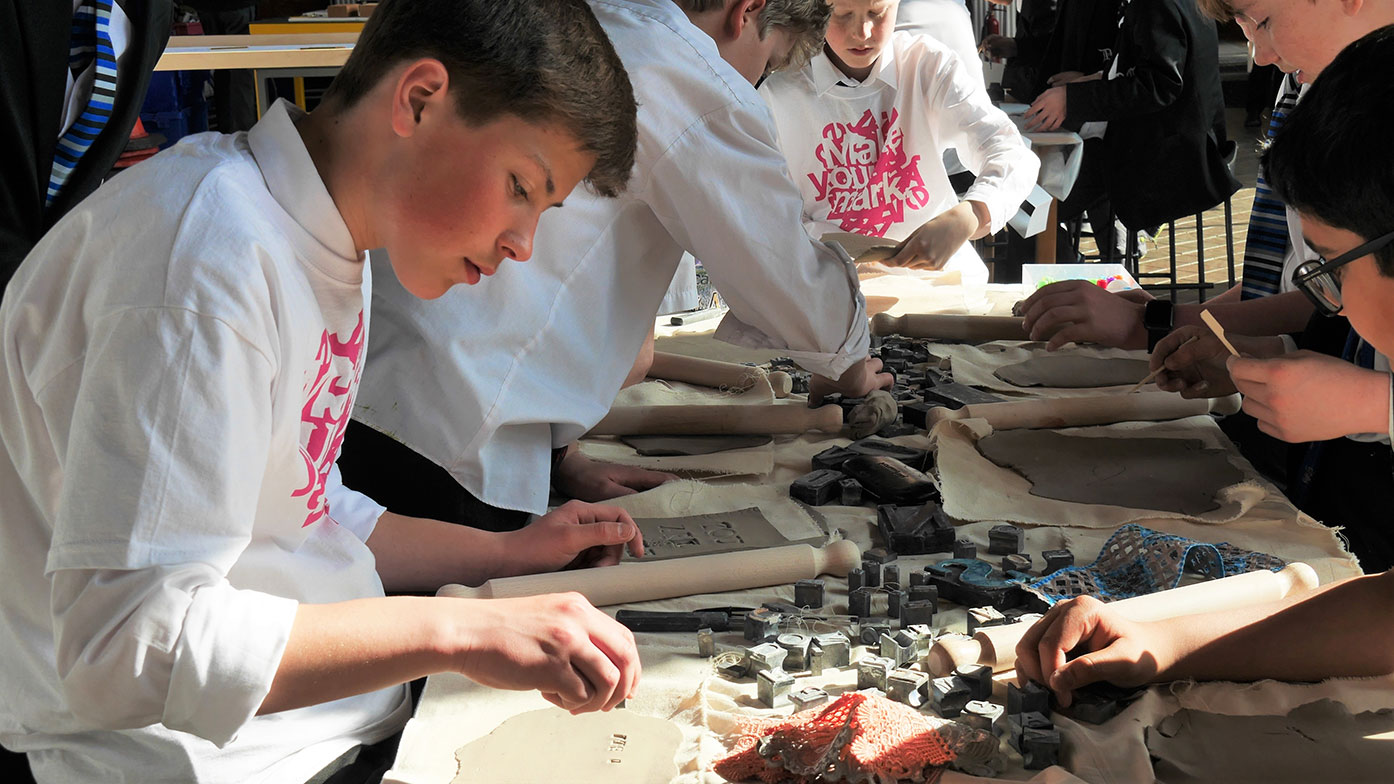 Underpinning the workshops two exhibitions ran in tandem. ‘Make Your Mark’ in the James Caird showcased work by pupils from our commonwealth of schools. A platform for individuals to have their say visually and philosophically. ‘Making a Mark’ was hosted in our ‘rough magic’ space The Store, curators and painters Twinkle Troughton and Jon Pinn knitted the insights and visual language of 15 artists into a conversation on how marks really do build up a dialogue transcending borders and boundaries. 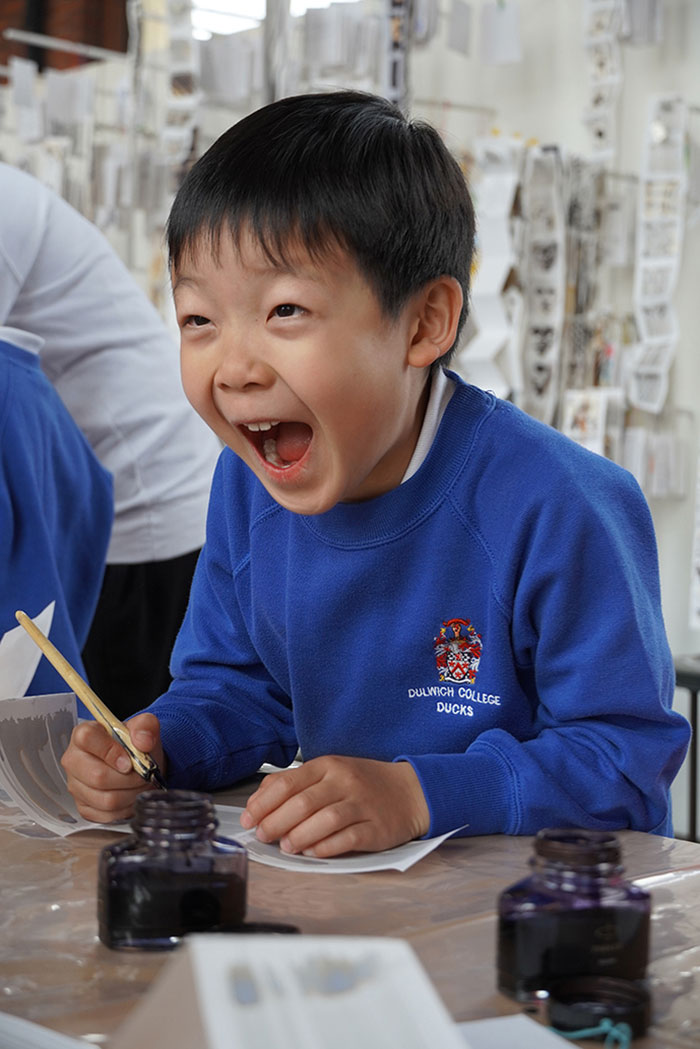 Across the College campus all pupils from DUCKS through to Year 13 and our International visitors all took part on the ‘hijack’. Their drawing responses to the Dulwich community prompts hidden inside a cookie became part of a collaborative installation in the ‘Making It!’ hub. Throughout the week students were challenged to ‘find their own’ as well as each other’s wide ranging responses from the obscure and humorous to the poignant.

Making It! A creative hub, a busy noisy centre of activity and at times, a quiet solace, a place for pupils to sit, draw, think and slow down.

Making a Mark, a departure from the hustle and bustle of the school day. Slipping into The Store provides a moment of contemplation and calm. Year 9 English lessons moved through the space touching on the narratives, marks and atmosphere of the works on show. We look forward to reading their creative writing responses. 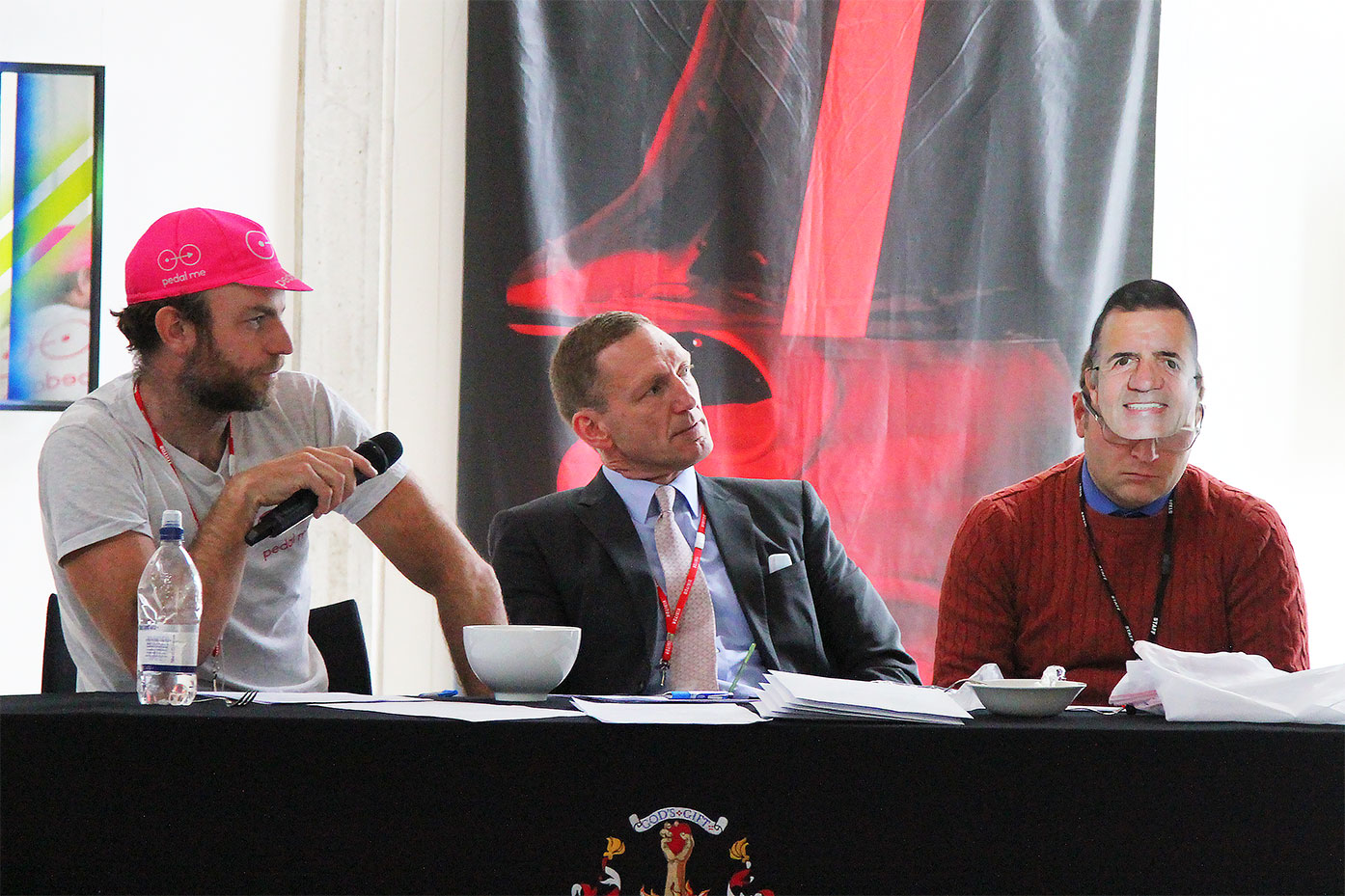 The Economics Society made their mark by hosting the first Dulwich College Dragons’ Den competition. Four teams from the College were joined by a visiting team from St Thomas the Apostle School to compete for the favour of the Dragons. The Dragons consisted of Justin Bridge, previous guest speaker at the Economics Society, Ben Knowles, a recent BBC Dragons’ Den contestant and co-founder of Pedal Me, plus our very own Mr Cleary. The teams delivered their pitches, and fielded questions from the Dragons and audience. The quality and creativity of the ideas was exceptional, and the competition heated. In the end, Power Walker was deemed most investible and claimed the Overall Winner and Most Creative prizes for their kinetically powered emergency phone charger. UltiShare, from St Thomas the Apostle, claimed Best Pitch for their fantastically engaging and entertaining presentation, whilst Green Sweep won Best Corporate Social Responsibility for their environmentally friendly carrier bag. There was also an audience vote which saw Jackal Golf (golf clubs from recycled materials) and Preparato (ready to cook ingredients and recipes) share the Peoples’ Choice award. The event was an enormous success and highlighted the extraordinarily diverse levels of innovation on offer in Year 12. Many thanks to all involved; Mr Cleary and the Dragons, Mr Fyfe and Tom Delgado-Little for hosting, Mr Clancy for co-production, and Mr Flower for creating and delivering the event.

“The [Dragons’ Den] experience was an absolute blast. The budding entrepreneurs diligently presented their product to the dragons, before being grilled on its feasibility by both the Dragons and the audience. We were also treated to a video titled “cocky entrepreneur scores astonishing u-turn” which featured judge Ben Knowles attempting to win investment in the Dragons’ Den (the real one that is).”  William Brilliant 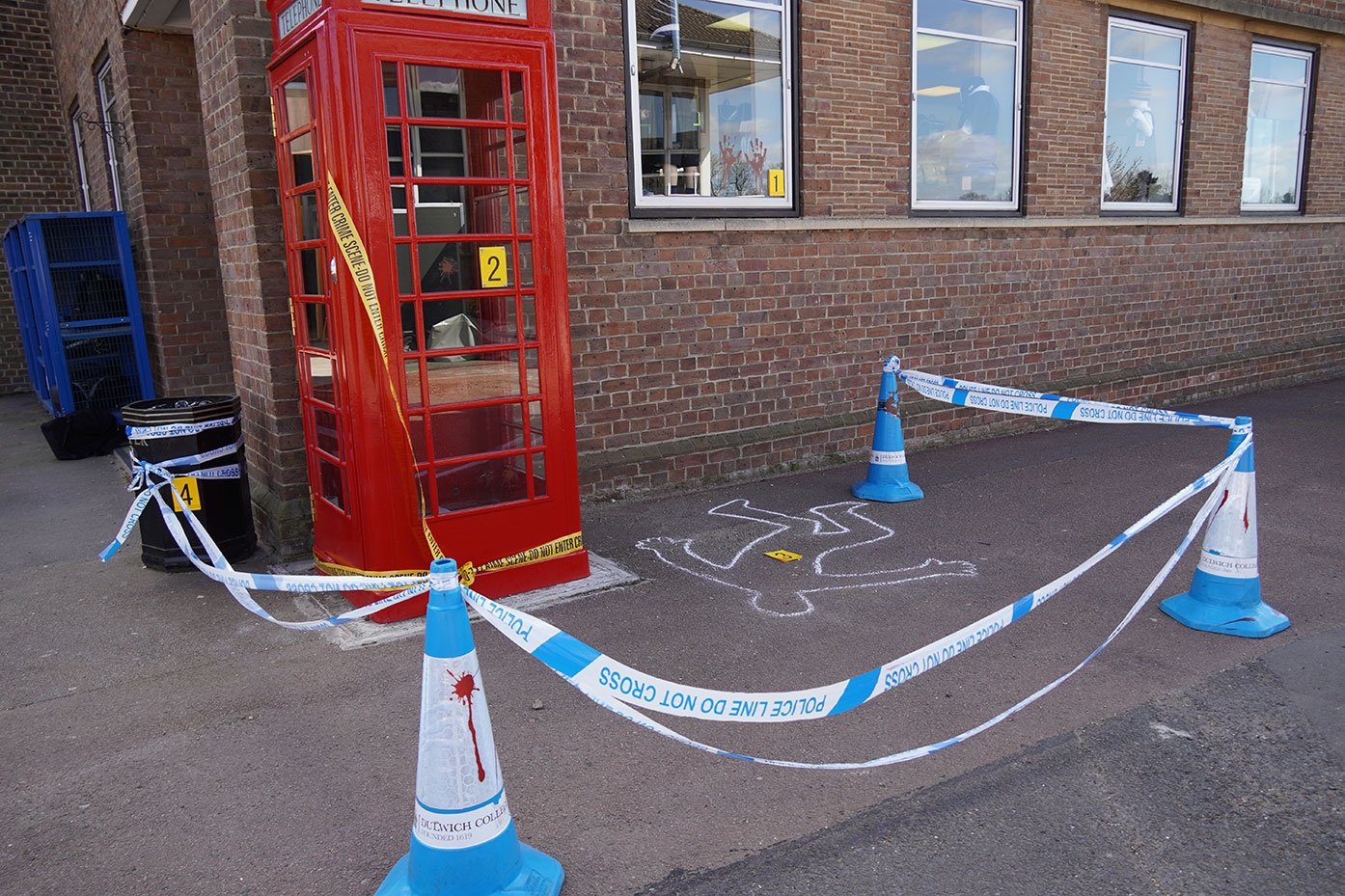 In Science, the week started with a staged murder scene in the recently refurbished telephone box, where an outline of a body was surrounded by blood spatter and cast-off marks. The evidence led the boys to their Year 10 Science lessons where they learnt about the importance of forensic evidence collection and analysis in murder investigations. Boys investigated how the angle of incidence affects the roundness ratio of a blood spatter, and enjoyed demonstrations showing how the velocity of blood affects the droplet size and spread. We then welcomed Sir Professor Robert Green, who received his OBE for services to cold DNA forensic cases, to speak about cast-off angle and the difficulty in establishing the validity of forensic evidence. Robert was joined by Ray Chapman, a consultant forensic scientist from the Met Police who spoke in detail about how he had used blood spatter analysis to solve a murder case which he had worked on five years previously – quite a gruesome talk!

Lower School, boys investigated how the height of blood droplet affected the spread of the drop, and were able to draw up excellent correlations between height and diameter to determine the origins of a piece of evidence. They also looked at different types of fingerprinting and learnt how important, yet difficult, this is to use as forensic evidence. Dr James French from UCL Department of Crime and Security then addressed the whole of Lower School and spoke about his specific research into Gun Shot Residue, and how firearms leave their mark on all the people who use them. Boys were fascinated to learn about how a gun works and what chemicals there are in typical residue.

“The blood spatter investigation was really fun and made us feel like we were forensic scientists. The activity gave us insight into the world of criminology and was a cool change to a science lesson!” Matthew da Costa Sherwood

It was fun to see how you can find the height of where blood dropped and how it can take quite a long time to find a reliable result and how that could help the police. Raoul Kemp

In Mathematics, Lower School pupils helped recreate the Dragon Curve shown on the walls outside the Laboratory. The curve is a fractal made from repeatedly folding a strip of paper in half and unfolding it, creating a right angle at each fold. The first couple of folds are fairly mundane and unexciting, but a more interesting picture arises as the number of folds increases. The model was put together by Upper School pupils and included 2048 sections split into 512 mini-strips each of 4 sections. 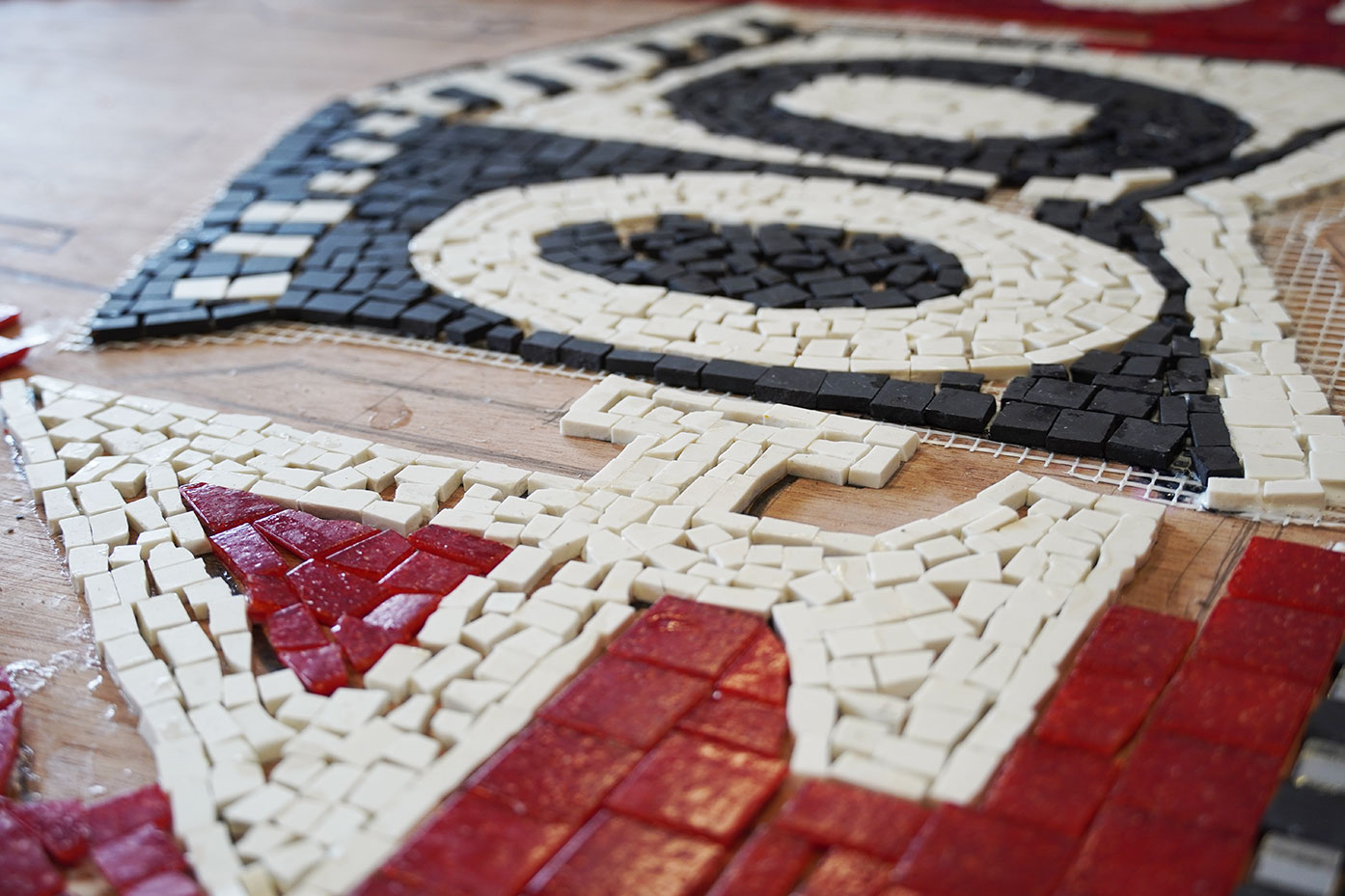 Over 150 foreign language pupils from Year 7 up to Year 13 took part in a flashmob to form the Chinese character for friendship “you”. The boys assembled on the track astro under beautiful blue skies and grouped themselves with good humour to create the character, which was filmed by a camera flown by a kite. Mr Suddaby was expert in marking up the character and the boys’ interest and cooperation when asked to sit, stand and perform Chinese “Mexican waves” was exemplary.

The Junior School pupils got creative across the curriculum. They took part in the Hijack during Monday's lesson and loved the tasks hidden within the fortune cookies. On Tuesday Years 3 and 4 will made a collaborative mosaic piece with our visiting artist, to celebrate 400 years of our school. They also looked at the traditional art of our partner schools and created their own Ming vases using scratch art techniques and some origami frogs from Korea. 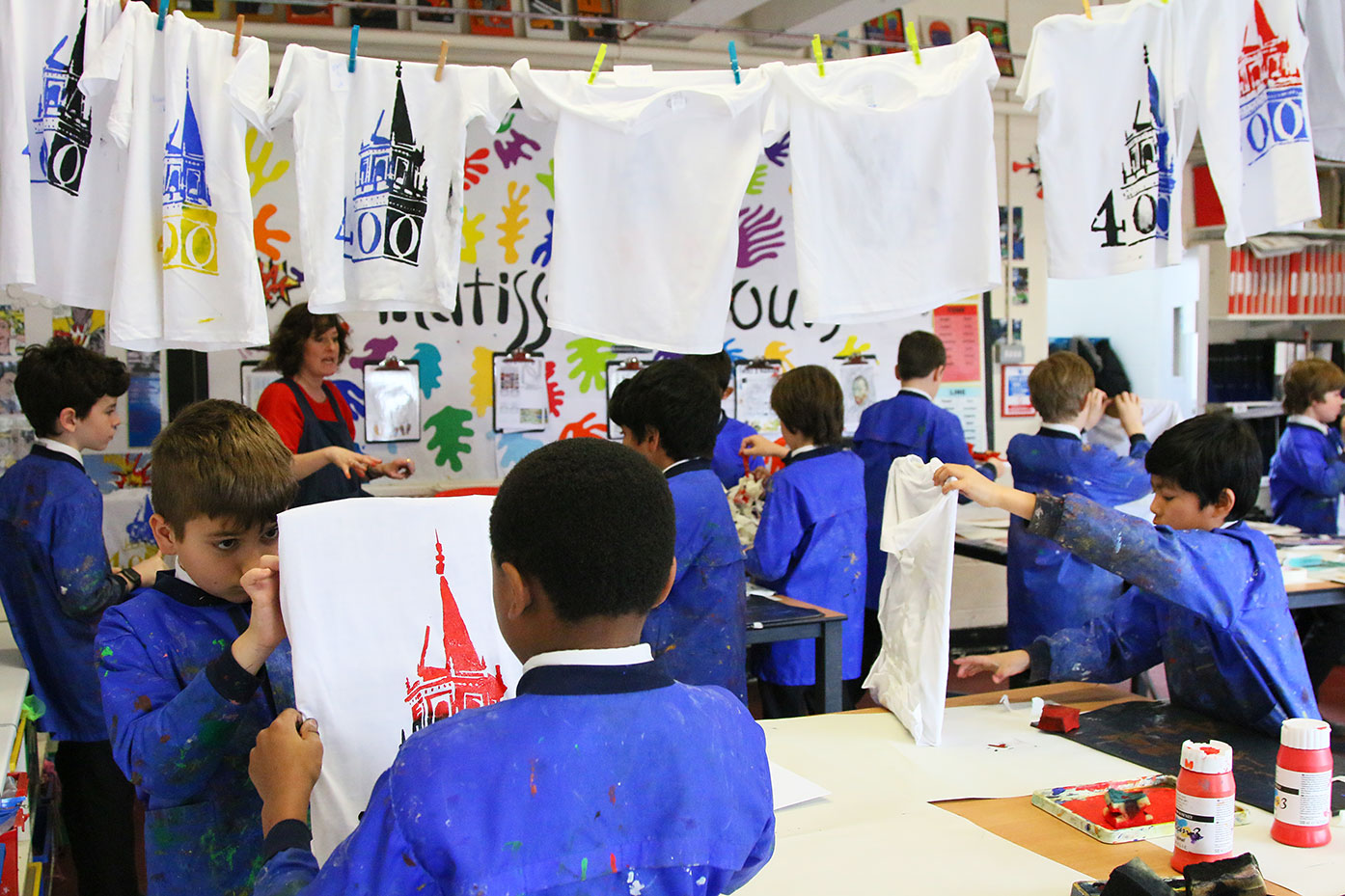 In the Junior School, Years 5 and 6 stencilled their own T-Shirts in their Art and DT lessons and learnt about the Art and culture of our international schools in China and Myanmar during a Maths lesson in which they created colourful Peranakan Houses from Singapore and Pathein Umbrellas from Myanmar.