We act as an educational partner to the Academy, providing support for its educational work and establishing links and activities that benefit both. The overarching aim of this partnership is to tackle disadvantage by nurturing the aspirations of every student and drive meaningful improvements across teaching and defined academic areas. The campuses are just two kilometres apart which supports regular interactions between staff and students.

Some of the ways we are developing our partnership:

The One Voice, Two Schools webinar subtitled ‘Speaking out about social justice’ took place on the afternoon of March 2nd 2021, and brought together Year 10, 11 and 12 students from Dulwich College and from partnership school City Heights E-ACT Academy. For roughly an hour and forty-five minutes the student-led discussion moved between three online rooms (named after the young activists Greta Thunberg, Malala Yousafzai and Marley Dias) for talks given by Year 12 students: Ekow, on behalf of the African Caribbean Society, who spoke on the barriers to progression in the arts, George, Zain and Jim, on behalf of the History and Politics Society, who spoke about historical and political aspects of social justice, and Joe and Marco, on behalf of the Law Society, who spoke about social justice and the law. The event was organised by Year 12 Dulwich College student Jamie, who attended City Heights up to Year 11, together with Randa and Jason who are both Year 11 students at City Heights. The next events will be creative writing workshops for a range of year-groups led by students from both schools, followed by a writing competition on the theme of ‘blocked communication’.

To learn more about our partnership with City Heights E-ACT Academy contact: 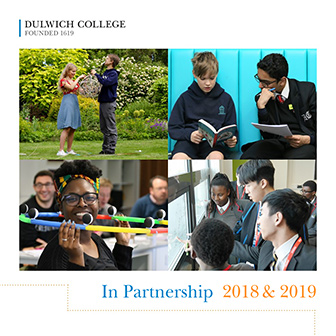